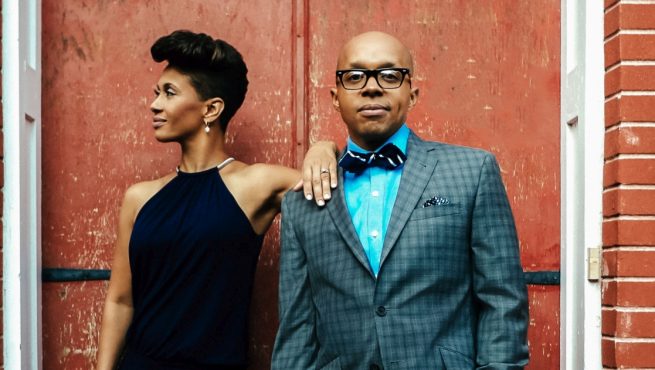 The Baylor Project started their own record label

This husband and wife duo decided to take faith in their own hands and started their record label ( Be A Light) without the assistants of any major record label insiders.

Jean Baylor is a former member of Zhane

I know some of you guys remember the r&b/hip hop duo Zhane from the early 90s with hit songs “Hey Mr. DJ” and “Groove Thang”. Yes Mrs. Jean Baylor was one half of this beautiful soulful group from back in the day. Their 1993 hit “Hey Mr. DJ”, reached No. 6 in the U.S. Billboard Hot 100.

The Baylor Project did not hold back on their musical influences in the music industry. Here are a list of the most legendary, influential artist in music history.

Jean Baylor has a wonderful and powerful voice

After listening to “Laugh and Move On ” I noticed Jean Baylor has great vocal range. I decided to go back and research songs on Zhane’s first album “Pronounced Jah-Nay” I can hear the difference in her voice. Maybe it was the type of songs that Motown chosed that did not show her vocal flexibility, because Jean Baylor has pipes. It is nice to see Jean and Marcus reinvent their love for music after having success with “Zhane” and “The Yellow Jackets”.

Spread the love
By Blackcoffy1Posted on August 8, 20215 Things About The Baylor Project