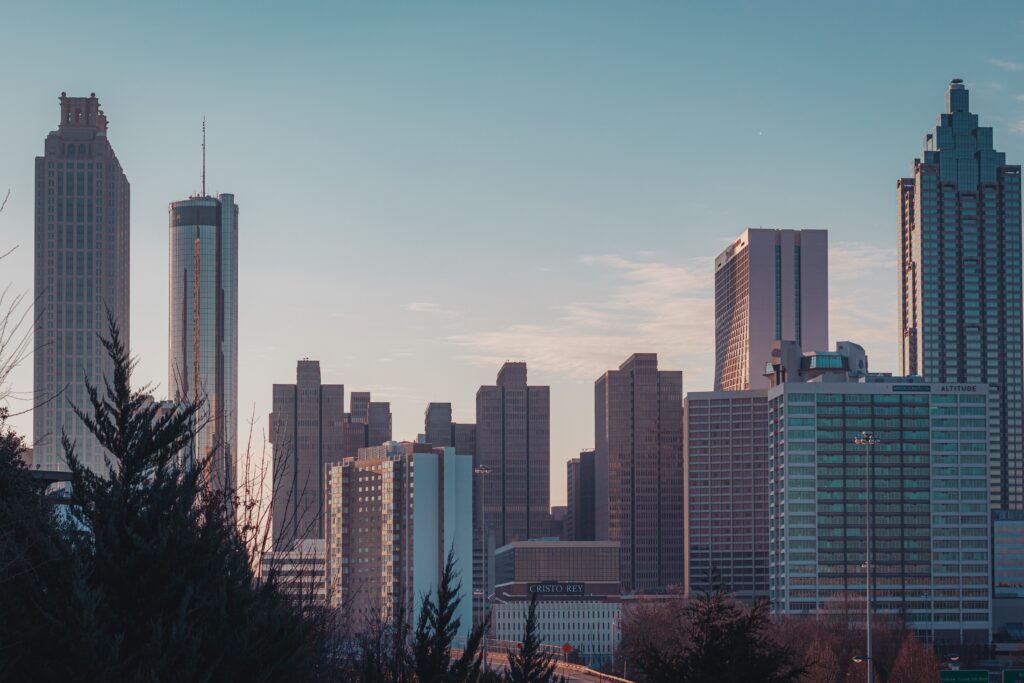 While scrolling on Facebook the other night, I ran across a meme that read “Why do black people think moving to Atlanta will solve all of their problems”? I laughed at the accuracy and thought to myself “but really though.” As a former resident of Atlanta who’s thought about moving back more times than you can count, I could definitely relate to the feeling of wanting to pack up everything I own and high-tailing to my “new life”. But exactly what is it about the bustling city that renders promising opportunity and a better quality of life for black hopefuls? Glad you asked– Here are a few of the reasons why black people love moving to Atlanta

From Bankhead to Buckhead, Atlanta has long been hub for black film, the arts, and music culture. One of the most influential is Atlanta’s hip hop culture. From the 90’s OutKast classics to trap music and strip club anthems, the impact Atlanta’s hip hop culture has on the lifestyle of Atlanta residents is evident in everything from the lingo, to the way they dress. And speaking of strip clubs, Atlanta arguably has some of the best. One I’m sure you’ve heard of, Magic City is known for their wings, the DJ mixing the hottest music and being your favorite rapper’s favorite place to cash out on a Monday. Atlanta’s strip clubs in addition to its’ various other bars and lounges set the scene for the city’s dynamic urban nightlife.

Since 1980, Atlanta has been the location of National Black Arts Festival, a festival commemorating the contributions of artists of African descent. One of the largest annual celebrations for black gay and lesbian people, Black Pride takes place in the city as well.

Atlanta is also the historical forefront for many of the events that have shaped the way black people live today. The city was once home to Dr. Martin Luther King Jr. and the backdrop of many Civil Rights movements that broke ground for the progression of African Americans. Atlanta’s museums, landmarks, notable black churches and prestigious historically black colleges and universities preserve the city’s legacy while contributing to the essence of the “Atlanta” we know and love today.

Atlanta has one of the strongest metro economies in the country yielding a flourishing job market. In 2017, Atlanta’s economy created a total 55,600 new jobs and saw a decrease in the unemployment rate from 2016. Fifteen Fortune 500 companies are head-quarter in the metropolis including The Coca Cola Company and Delta Air Lines. Tech giant, Amazon is scouting a location for its second headquarters and has named Atlanta as one of the potential cities for the $5 billion project. If Atlanta is the lucky city, it will bring a projected 50,000 new high paying jobs to the area.

Atlanta and the state of Georgia as a whole has also experienced a significant increase in black entrepreneurship.  According to the Georgia Department of Economic Development, Atlanta ranks as the number one city for black owned businesses. The metro area also boasts the highest number of businesses per 100 habitants, thus making it a desirable location for aspiring entrepreneurs.

Forbes named Atlanta as one of their top cities where African Americans are doing the best, economically in 2018. This comes as no surprise, as Atlanta’s reputation for being the “Black Mecca” is one it has proudly lived up to. Since the emergence of black leaders and professionals in the south during the Reconstruction era, the idea of Atlanta has become synonymous with black status and wealth. The historic Cascade neighborhood is said to be where black “old money” emerged in the 70’s and where many affluent high society elites still reside today–within exquisite gated communities of course.

Nevertheless, wealthy music moguls, athletes, politicians, doctors and corporate executives alike are present in all areas of the city and its surrounding suburbs. No matter what part of the capital city you visit, the representation of black wealth in Atlanta is noticeable and doesn’t seem to be fading any time soon.

Whether it’s the city’s reigning position as the cultural capital of the south, it’s abundance in employment opportunities or its powerful representation of African American wealth, there’s no doubt that the black community loves moving to Atlanta. And, as a member of the black community, I can’t say that blacks wanting better for themselves is a bad thing. All in all, while moving to Atlanta probably won’t solve all of your problems, it just might be a good start.

Spread the love
By Blackcoffy1Posted on July 16, 2021Why Black People Love Moving To Atlanta?